A famous phrase that many people say, regardless on the country they live in, is “boys will be boys”.

That means that we justify their negative behavior sometimes only because it’s part of their nature to act foolish -especially when they are young or/and adolescents.

A bad habit that most men have, in the urine part of their everyday lives, is that they tend:

a) not to  ‘find their target’ in the toilet seat, and

b) not to put the toilet cap down.

That affects negatively the hygiene of the rest room for all the possible users.

When a negative behavior becomes predictable and common, then nudging is an effective way to deal with such an issue. Behavioral Scientists around the world apply nudges that gently push men to behave in a healthy way for them and the rest of the people, as well.

The fly in the toilet 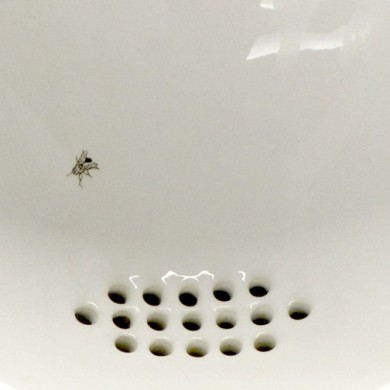 This is probably the most famous public nudge that is applied in toilet seats. It was first seen in the toilets of the Amsterdam airport in the Netherlands.

The whole concept is as simple as effective. History shows that men tend to aim at whatever it is found on the toilet seat when they piss. Thus, a simple sticker of a small fly in the center of the toilet nudges men to aim at it! As a result, the rest rooms is clean and it’s healthier for the next users to use and for the cleaners to clean. 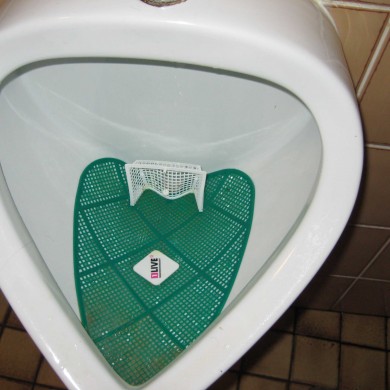 In that case, scientists have used the gamification of things. In short, they have adjusted goalpost and a small football field in the center of the toilet in order to nudge men to aim at it. Difference idea, same results!

On the same concept of gamification and football, this time, behavioral designers hanged a small ball and wrote the following sentence “Don’t waste a second. Practice Keepy-uppy!”. That’s a clever concept keeping in mind that everyone would love to have fun while carrying out an action of routine and obligation. The rest of the story is self-explained.

A reminder to put the toiler cap down 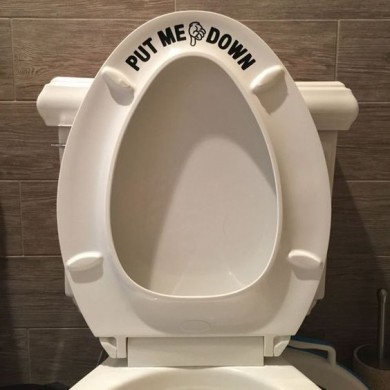 Most of us know what is the right thing to do, in many aspects of out lives. Many times we don’t behave the ‘right’ way, though. Using visual cues as reminders is an effective way to remind the user which is the appropriate and socially acceptable behavior. In this case, it’s the simple message “Put me down” with a hand directing down from the toilet itself, in a playful and childish way. 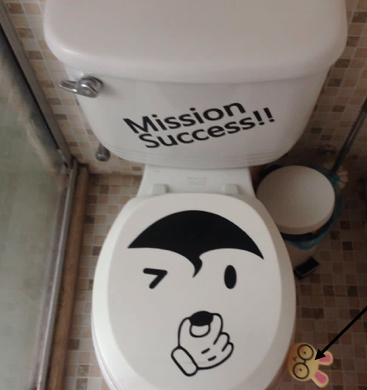 Kids’ eyes see most things as a game. That can work in the toilet, too.  Using some stickers, a bunny and a statement such as “Mission Accomplished” turns the toilet routine into a game process!

These examples of nudges have already been used successfully in both public and private toilets. You can start using them now in your household, school, work etc.

The Benefits of Cooking with Kids

The Benefits of Cooking with Kids