Create Healthy Sleeping Habits for Kids with a Nudge v.2

In the beginning of the academic year, we have written a post about nudging kids to go to bed early at night.

In short, this nudge was a game of rewarding points that kids gathered each time they go to bed early. When they gather a specific amount of points (smiley faces) they get a gift from their parents.

In other words, this nudge promotes the behavior of going to bed early. Thus, kids wake up easily every morning and have enough energy to spend the day at school and other activities that they attend.

Now that the summer is here, kids (and everyone who’s on holiday) tend to sleep late at nights and oversleep in the morning. That’s a behavior that replaces the previous good habit with a new not-so-good-one. In that case, we could use the aforementioned nudge.

But, this time, there’s a strong lack of motive for kids to wake up early in the morning.

That’s why parents can try a different approach of nudging to promote the behavior of waking up early.

When kids have something specific to do in the morning or they want to be consistent in order to win the reward of the game, they will wake up early. That will also lead them to sleep earlier at night, as they will be tired from the whole day and they will have a strong motive to wake up next morning, as well.

3 ways to Nudge kids to wake up early in the holidays:

This nudge keeps kids in a habit loop on holidays and sustains the good habits that they have from the rest of the year. 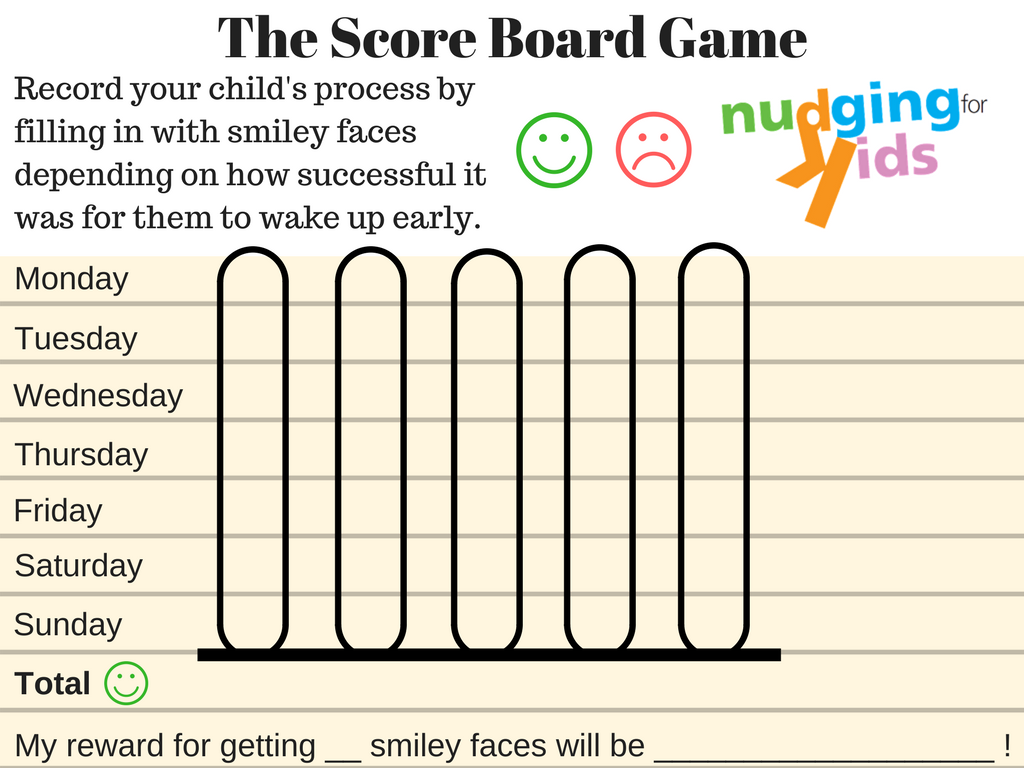 A BirthDAY to Remember

A BirthDAY to Remember

How to nudge your children to keep their rooms clean